Tanzanian government welcomed uranium mining as a solution to poverty and economic development, but the capacities to handle side effects like pollution or health risks in terms of laws and regulations are low.

The Selous Game Reserve, covering 50,000 square kilometres, is amongst the largest protected areas in Africa and is relatively undisturbed by human impact.

On its June 2014 session, the World Heritage Committee ("WHC") put the Selous Game Reserve on the list of endangered World Heritage sites. We had reported repeatedly about the conflict uranium exploration and plans for uranium mining as well as other exploration activities in the area have caused.

Malawi set up 8 Tanzanian Environmentalists and detains them arbitarily since more than 2 months (28. March 2017) - read more

REPORT on the continuation of court case against 8 Tanzanians detained in Malawi, on 13. and 14. February 2017 - read more 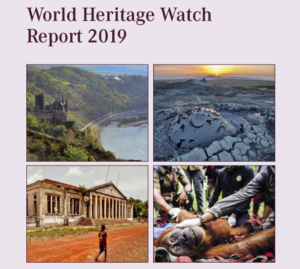 After repeated postponements of the Mkuju River uranium mining project in the Southwest of Selous Game Reserve, the future of the project seems more than questionable: The uranium exploration boom following the 2007 / 2008 rise of the price of uranium has dwindled away within the past years. ROSATOM, Russia’s state nuclear company, had officially announced to postpone the project until 2020, and was officially granted the postponement by the Government of Tanzania. (Günter Wippel, uranium network)

In a February 2017 statement, UNESCO explicitly expressed its concern about Tanzania’s plan to build Stiegler’s Gorge Dam in the central part of Selous Game Reserve. In fact, at the UNESCO WHC Session 2017 in Krakow/Poland, the Tanzanian delegation had requested a postponement of the discussion of WHS Selous Game Reserve due to “new facts”; the request had been granted by the Chair... (Günter Wippel, uranium network)

For several years, the Government of Tanzania and various companies have pursued plans for major industrial develop- ments inside the World Heritage property, such as the Mkuju River Uranium Project and the Stieglers Gorge and Kidunda dams. 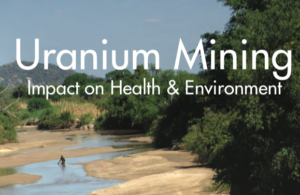 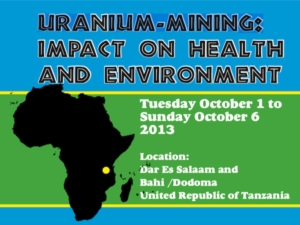 2013: Conference on Uranium Mining - Impacts on Health and Environment

From October 1 - October 6 2013, experts from around the world gathered in Dar Es Salaam and Bahi to inform the public on the dangers of Uranium Mining. The conference was organized by IPPNW, Uranium Network, LHRC, Rosa Luxemburg Stiftung, NaCUM and CESOPE.

Tanzanian Civil Society Organisations voice serious concern “REGARDING THE SECURITY OF CITIZENS, HUMAN RIGHTS AND RULE OF LAW IN TANZANIA”

Tanzanian opposition lawmaker Tundu Lissu, a fierce critic of President John Magufuli’s government, was seriously wounded in a gun attack on Thursday, police and party officials said. Human rights groups condemned the shooting as a “cowardly attack”. Tundu was active in Human Rights issues and critical of the extractive industries based on his experiences; in…

“Rosatom State Corporation, which planned to start mining uranium at the Mkuju River mine in southern Tanzania in 2018, decided to postpone the development of the project until the demand for uranium is restored, which is expected not earlier than 2020” (Traslated from Russian via google tranlsate) read the article

A chairperson from uranium-network.org and a representative from LHRC

The court proceedings in the case of Malawi against 8 Tanzanian environmental defenders have shown without doubt that the 8 persons detained had been lured into a trap set up by Malawi authorities, they were then arrested under the pretense of “trespassing”; 5 Malawian accompanyiing them, arrested at the very same spot, were set free…

REPORT on the continuation of court case against 8 Tanzanians detained in Malawi, on 13. and 14. February 2017

As we had suspected earlier, the 2 days of continuation of the court proceedings on 13 and 14 February 2017 in Karonga, Malawi, revealed the complete ‘framing’ of the Tanzanian group of 8 environmentalists and farmers visiting Malawi in December 2016 to learn more about uranium mining and its impacts.  Definitely, steps had been taken…

“Tanzanian civil society organisations (CSOs) working in the areas of human rights, natural resources accountability and wildlife conservation, call on the World Heritage Committee to stand in solidarity with CSOs by acting on protection of the World Heritage Site. The nine NGOs state that ” … prospecting mining companies also substantially contribute to the ongoing…

On its June 2014 session, the World Heritage Committee (“WHC”) put the Selous Game Reserve on the list of endangered World Heritage sites. We had reported repeatedly about the conflict uranium exploration and plans for uranium mining as well as other exploration activities in the area have caused.

“Though many consider the risks incalculable, Tanzania is planning to mine its radioactive uranium. A history of gold mining shows that the country, its people and abundant wildlife stand to gain little from doing so.” Read the whole article at Deutsche Welle.

“Though many consider the risks incalculable, Tanzania is planning to mine its radioactive uranium. A history of gold mining shows that the country, its people and abundant wildlife stand to gain little from doing so.” Read the whole article at Deutsche Welle.

Press coverage on the results of the Bahi Conference, by David Kisanga.

The Mkuju Uranium Project is far from being “on track”

A response to the Daily News Article “Mkuju uranium project on track, says Mantra”. The fact that MANTRA launched this article – referring to that February conference which is already OLD, outdated news – may be a direct consequence of our activities – MANTRA may feel they have to ‘affirm’ THEIR project.

Conference against Uranium mining in Tanzania: Field trip to Bahi

By Gudrun Conrad (German Version) September 30th, 2013. Most participants of the international conference have arrived at Dar Es Salaam. Among the international attendees are members of IPPNW Germany and Netherlands, the Rosa-Luxemburg- Foundation Tanzania, Falea 21-movement France and the NGO Robin Wood Germany.

[08.10.2013] We representatives of civil society organisations gathered here in the multi–stakeholder conference  “Uranium Mining – Impact on Health and Environment” have prepared a statement highlighting our concerns on the uranium industry.

[04.10.2013] The International Physicians for the Prevention of Nuclear War (IPPNW) in cooperation with the uranium-network.org Germany, the Rosa Luxemburg Foundation (East Africa Office) and the Tanzanian organisations LHRC, CESOPE and NaCUM. Topic: “Uranium Mining – Impact on Health and Environment”.

[04.10.2013] International Conference participants visited Manjoni and Bahi, where test drills for uranium mining have been conducted – right where people send their cattle and grow rice. In the evening, a social event was held in Dodoma to celebrate and collaborate against the destruction of lives and culture by possible uranium exploitation.

[01.10.2013] The international conference in Tanzania has started. Today, the activists are going to travel to Bahi, where mining companies  Mantra Ressource und Uranex have been reported doing test drills on the local Uranium deposits. Tomorrow, activists from all over the world will share thoughts, facts and opinions at the conference.

The demand for uranium, the fuel for nuclear power plants and nuclear bombs, creates an apparent need for more mining operations. For this reason and because of insufficient local regulations, uranium-mining companies are increasingly focusing on African countries.

In July 2012, the World Heritage Committee, chaired by Ms. Mitrofanova from Russia, had made a decision to accept the application of the Government of Tanzania for a “minor boundary change” of World Heritage site Selous Game Reserve (SGR), in order to allow a uranium mining project, Mkuju River Project  to go ahead under conditions…

GEO on the Selous problem

A German article by GEO on the Selous problem: Uranabbau im Selousreservat?

The Tanzanian government has been advised to put in place a policy, laws and regulations that show how the public, especially those living around uranium mining areas, will be protected against uranium hazards.

German experts yesterday urged the government to exercise maximum care in uranium exploration and extraction to ensure the mineral does not affect people’s health.

[30.07.2012] Elephants, Rhinos and the environment under threat from 60 million tons of radioactive waste as World Heritage Committee agrees boundary change that will allow uranium mining at the Tanzania Selous Game Reserve – a World Heritage site.

Uranium Mining – what does it mean for Tanzania?

by Fredrick Nzwili in Ecumental News International 18 June (ENInews)–Protestant churches in Tanzania have cautioned the government against extracting uranium deposits recently discovered in the East African country, noting that Germany plans to close its nuclear power stations by 2022 and the Japanese city of Fukushima is still recovering from the 2011 earthquake-caused nuclear disaster.…

Uranium-network.org has published a detailed report on the situation in the Selous Game Reserve in Tanzania, concerning the planned Mkuju River Uranium Project. The UNESCO world heritage center soon decides on the requested change of boundaries. If that change goes through, the uranium mine will be built, directly nearby the worlds largest remaining wild elephant…

This letter is directed to experts within WHC, IUCN and WCPA. It concerns itself with the Tanzanian motion on a Minor Boundary Modification of the Selous Game Reserve. Download/View PDF

Attached is an important letter from the Gundjeihmi Aboriginal Corporation to all members of the WHC and the director of the world heritage centre. Please share this letter through any channels you have access to, and sign the petition linked below, it’s very important to make an impression in this matter.

Important Petition: Sign this and tell your friends! The World Heritage site Selous Game Reserve in Tanzania faces a possible change of boundaries because of the planned Mjuku River uranium mine.

Uranium mining in the eyes of civil society in Tanzania

A Golden Opportunity? How Tanzania is falling to benefit from Gold Mining

Currently 25 companies from different countries are exploring for uranium in Tanzania (www.wiseuarnium.org). Already in the 1970s radiometric survey showed several radiometric anomalies pointing to uranium enrichments as well in the South of Tanzania as in an area around Bahi in central Tanzania. During the last years these possible deposits got into the focus of…

Read More
Manage Cookie Consent
To provide the best experiences, we use technologies like cookies to store and/or access device information. Consenting to these technologies will allow us to process data such as browsing behaviour or unique IDs on this site. Not consenting or withdrawing consent, may adversely affect certain features and functions.
Manage options Manage services Manage vendors Read more about these purposes
View preferences
{title} {title} {title}