When in 2007 / 2008, the price of uranium skyrocketed from around US$ 20 per pound to nearly US$ 140 per pound, mining companies from all over the world set out to find uranium - a new uranium rush had started.

The local population was unprepared for the onslaught of the mining companies - and for the most part, people were unaware of what uranium is, let alone did they know about its uses or impacts from mining.

The general public in the vast majority of African countries had no experience or knowledge about uranium or its exploitation; thus, it was easy for interested companies to veil their intentions when exploring for uranium; Governments rather emphasized the jobs which would be created, the power that might be generated than the risks and dangers associated with uranium and its exploitation.

"Uranium Mining - what are we talking about?" explores the properties of uranium as well as its uses, radioactivity and its health impacts, the mining process and its impacts on health, environment and the social patterns as well as the financial costs of rehabilitation and the social costs - based on factual information as well as experiences from affected communities. 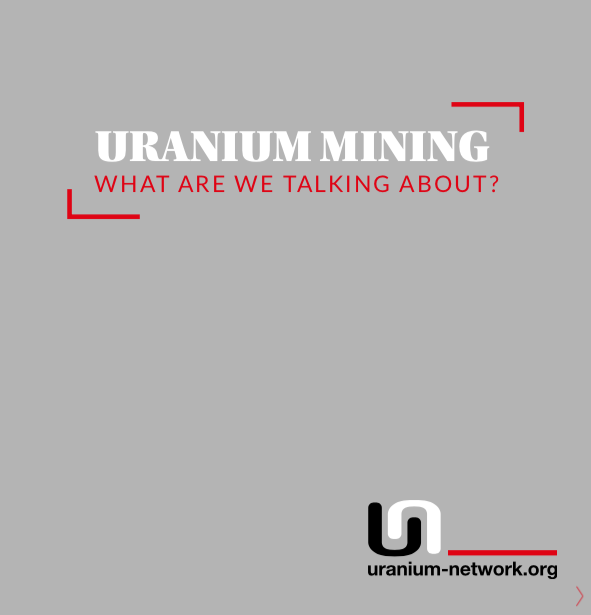 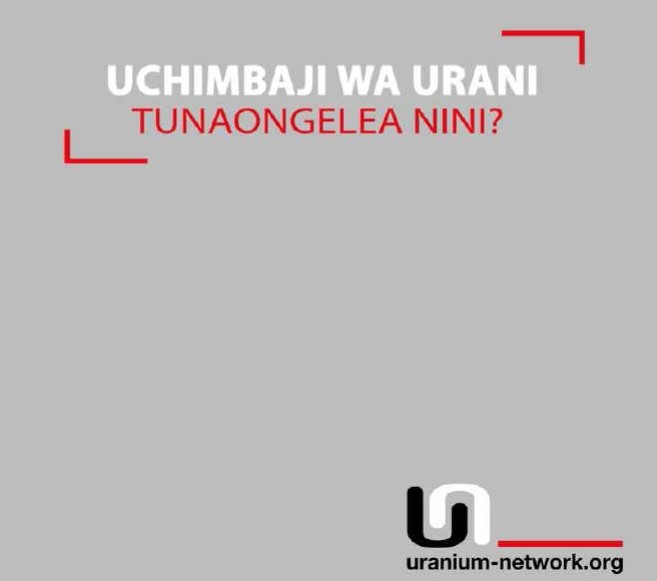 The additional information is supplemented with many links to scientific publications, newspaper articles, relevant books as well as films and videos.

The booklet thus provides the reader, first of all, with material for better and more in-depth understanding of issues which could only be touched in the film only briefly.

It also provides links and hints to the results of scientific research on the issue of uranium exploitation and thus is also of interest to decision makers, journalists as well as activists seeking a deeper understanding of the issue.

The booklet covers all issues around uranium mining – from a brief history of nuclear fission to easy-to-understand explanations of radiation, its health impacts to exploration to mining methods and the problems which arise from tailings.

The issue of land use, land ownership and land rights, only briefly touched upon in the film, is addressed, with examples referring to various countries.

Often less considered ‘side effects’ of uranium exploitation such as the enormous water consumption and the energy needs of mines and mills as well as their CO-2 production are covered in detail.

Mining is often advertised as a way out of poverty for developing countries; a closer look at the social impacts of uranium exploitation shows that a question mark needs to be put on such statements. Examples from several countries paint a more elaborate picture.

Uranium exploitation is an economic undertaking – supposed to be beneficial also for the countries where mining takes place. Costs after mining are, however, often not taken into consideration; the booklet takes a closer look at the costs of reclamation of mines, mills and tailings, based on examples throughout the world.

Last not least – future generations will have to deal with the aftermath of uranium exploitation, one way or the other. How is this taken into account – and are their rights considered at all?