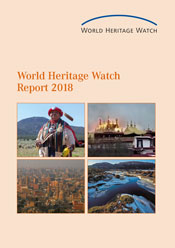 The Report highlights dangers towards natural and cultural World Heritage sites, and makes the voice of civil society heard with the UNESCO Committee.

Uranium exploration and mining pose a serious threat to at least two World Heritage sites: to Selous Game Reserve in Tanzania – which has been listed as an “endangered” site since 2014 – and to world famous Grand Canyon in the US.